Tai Chi is a Martial Art 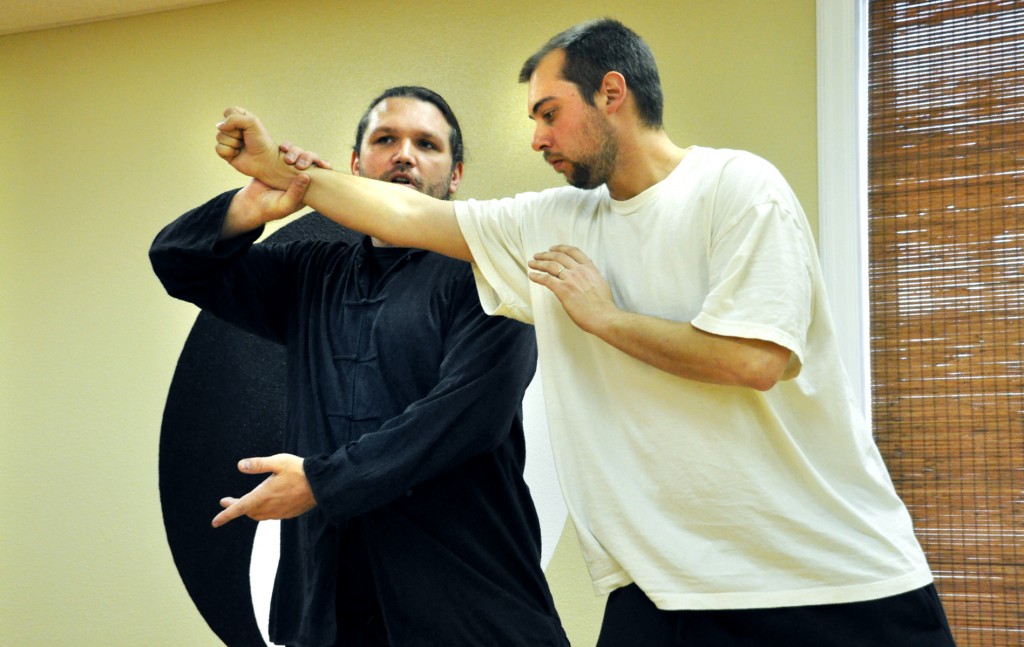 When you think of Martial Arts or Kung Fu, does Tai Chi come to mind?  Well, it should!

Tai Chi Chuan is also known as “Supreme Ultimate Fist” (or Chinese Boxing).  Throughout the centuries, serious martial artists have understood Tai Chi Chuan to be a highly evolved pinnacle of martial achievement.  Instead of using physical tension and force, Tai Chi Chuan uses Yi (intention), awareness, and relaxation to produce extraordinary internal power.    When the body is empty of force,  it becomes light and mobile, causing one’s opponent  to lose their center of gravity and endure defeat.

There’s an old Chinese saying: “The Yi (intention, will) leads the chi (internal energy).”  This means that the mind leads the body, so in Tai Chi we learn to connect the mind and body.   Although Tai Chi can be beautiful and flowing to watch, it is not simply a pretty dance. Instead, each move has purpose, and each posture contains Yin and Yang, always balancing each other; we call this form and function.

Yin is inhale, while Yang is exhale. Yin is storing your energy, while Yang is releasing it. Yin is contracting, while Yang is expanding… and the list goes on and on.  Tai Chi is the very essence of Kung Fu (Gongfu), which, when translated, means “a skill or ability that requires time and energy/effort to acquire”.

Tai Chi can take years to learn and master as a martial art because you are conditioning your body, opening your Qi channels and gates, learning to song(a Chinese word meaning to relax deeply).   In this state of deep relaxation, there is authentic power, power for health, power for self-defense, and power for living.

At the Tai Chi Association of Colorado Springs, we teach Tai Chi as it was originally intended to be taught,  both for health and as a martial art (what is known in the classics as the civil and the martial).  And while Tai Chi is well known for its healing qualities, for helping to achieve optimal health and/or for rehabilitation from injuries, you don’t usually hear about Tai Chi as being one’s first choice in learning a martial art.  Instead, people are more often drawn to a more showy practice such as MMA, Karate, Taekwondo, and others.  Tai Chi , however, is primarily an “internal martial art,” and to achieve its legendary benefits, one must learn Tai Chi as it was originally intended to be taught.

We invite you to come and learn this original, ancient way,  from Master Michael Paler .  We encourage you to “re-think Tai Chi”!