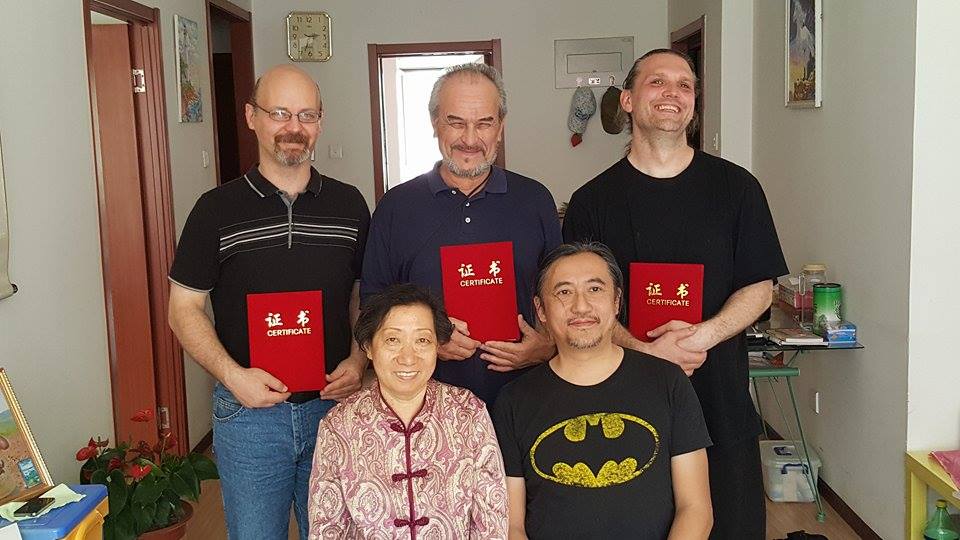 Welcome to the next level of Tai Chi.

Yes, Michael is still in China and will be returning to teach on May 12th.

The Tai Chi Association of Colorado Springs is open for regular morning classes and offering Tai Chi & Qigong daily.  Thank you, Etha Schuette, for helping us out and teaching the first week while Michael’s away, and thank you in advance, Monika Milburn, for the second week. 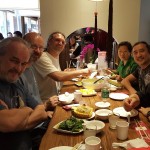 Dinner in Beijing with Shifu Wei and Kung Fu Brothers

Michael and his Tai Chi brothers, Ray and Wolf from El Paso, have been training hard, learning new (but ancient) forms, and receiving direct transmission from Shifu Wei Xilan. They are very excited to bring it back to you.

While we thought Tai Chi was profound before, this new but ancient teaching is absolutely amazing and has been a real eye opener for discovering many elements of Tai Chi Chuan in greater depth.

This is AUTHENTIC TAI CHI, everybody, the stuff of legends!  Most of the Yang Style Tai Chi being taught openly today has been so watered down and simplified that it has become void of any real substance or power. We are excited to bring and teach Imperial Yang Style Tai Chi openly for the first time ever in the United States.

We would like to thank everyone who helped Michael get to China. You will be the first ones to benefit.  But be prepared to have your minds blown.

This is your last chance. After this, there is no turning back. You take the blue pill – the story ends, you wake up in your bed and believe whatever you want to believe. You take the red pill – you stay in Wonderland and I show you how deep the rabbit-hole goes. ~ The Matrix