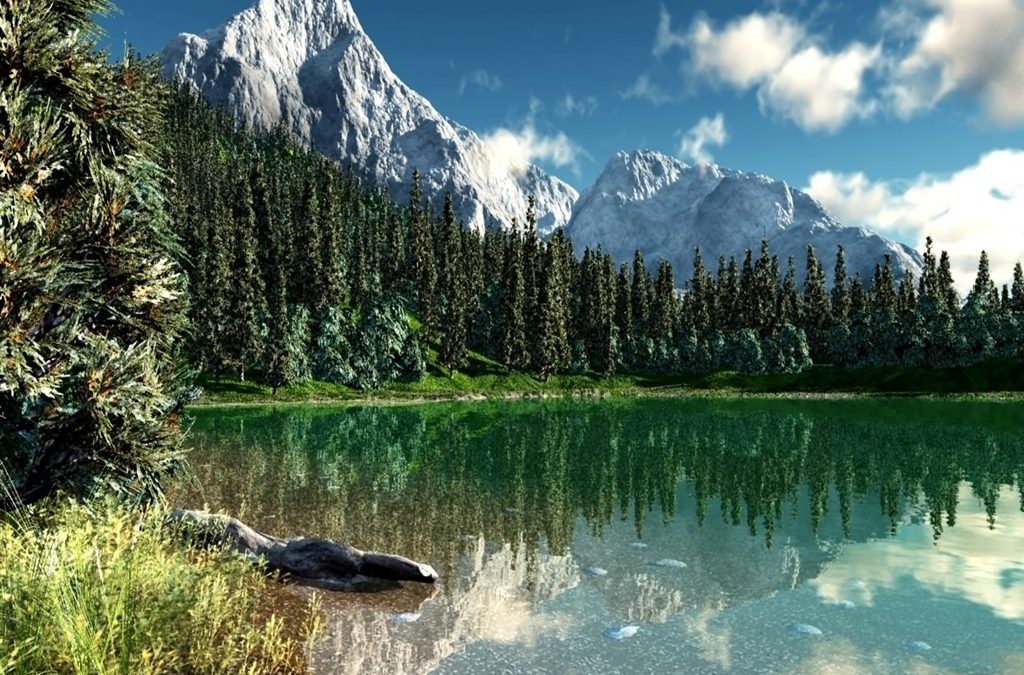 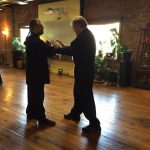 The New Dharma Bums is a New Journalism project that seeks to raise public awareness of the health and happiness benefits of Tai Chi and Qigong, as well as to provide information about the Taoist philosophy that underpins these ancient Chinese martial and energy arts. Writer Michael Byrne is on the road in search of the characters who are creating this old-school renaissance, and the big ideas behind them. This blog tracks our meandering course through a national tour. At the end will be a gonzo-style book that closes the circle on the Dharma Dudes.

Below is an article written by Michael Byrne about Sifu’s Michael Paler & Ray Abeyta.  Enjoy!

Ray Abeyta and Michael Paler are tough guys who survived the mean streets of El Paso, Texas, and Buffalo, New York, respectively. They learned to protect themselves with martial arts. Then they learned to dominate with Tai Chi.

Ray is a Vietnam veteran from a family of boxers, and he reveled in martial arts contests as a youngster, and still does. Michael had to fend for himself in cold, unforgiving Buffalo, discovering he could do it pretty well. Both gravitated toward Tai Chi, Paler when he was a teenager, Abeyta after the war and a series of roughneck jobs in El Paso. Today, they are pursuing their dreams in the mountains of the U.S. Southwest – Paler in Colorado Springs and Abeyta high above his old Air Force base in Alamogordo, New Mexico.

Both also are disciples of Imperial Yang Family Tai Chi, a mysterious branch of the most popular style of Tai Chi that originated from the Palace staff during the Qing Dynasty in the early 1900s. It is characterized by its intense internal work (neigong) and powerful energy release. Here’s how the Imperial Yang school evolved, according to an account by Grandmaster Wei Shu Ren, who carried on the family tradition until his death in 2013:

Master Yang Jian Hou, son of Yang style founder Yang Lu Chan, was summoned to train the royal family and, along with his son Yang Chengfu, used the palace staff to absorb the blows. No one absorbed blows better than Wang Chonglu and his son Wang Yong Quan. After years of pushing them around, the fearsome Yang Chengfu rewarded their courage with lessons in the Yang family secrets, not shared with others.

Michael Paler leads his class at Tai Chi Colorado Springs in the  Old Six Roads form. I am following along from the back row. (Photo by Julie Paler)

Paler and Abeyta teach the Imperial-style “Old Six Roads” form, along with the Yang long form. I had the opportunity to participate in classes for both at Paler’s Colorado Springs Tai Chi studio, plus push hands play. The Old Six Roads seems distinctly different from the Yang form, with shorter and more compact movements within the larger postures. Paler’s students have plenty of questions, which he answers and illustrates on a giant digital whiteboard. And we do it again.

For decades, Wei Shu Ren traveled China and South Asia to teach and compete. He quickly won over Australian martial artist John Fung, who became a sixth generation disciple of the Yang Imperial style. Fung introduced Abeyta and Paler to the Imperial forms, and to the Wei family. He has pledged to carry on the tradition of his teacher, who dispatches him effortlessly in this video.

On the website he created, Fung describes the essential “Shen-Yi-Qi” fundamentals that underpin the Imperial style, designed to “unite the mind and body to maximize function and harmony.”

As Abeyta demonstrated to me, those three centers of the “mind-body” can generate immense power when working in unison, along three rings of countercircular action. Imperial Yang Tai Chi includes sets of Qigong exercises to strengthen each of those dynamic centers. It’s also important to cultivate the “Eye Spirit,” as described by Wei in his book, since it gives you the power to push beyond your opponent, Abeyta said.

Seemingly effortless Herculean powers are the stuff of legend in martial arts, brought to life with old video footage. The most common technique used to dispatch opponents with internal power is called fajin, which requires much internal work to open the fascia in the body, so that the attackers’ force can be absorbed and sent back to them. My friend Justin Harris demonstrates an easy touch with fajin here, pushing hands with fellow Tai Chi traveler Gurinder Singh. I’ll have more from Justin in the next blog.

It’s important to remember that you don’t have to be a big person to dispatch, or disable, an opponent using internal martial arts. Today the Imperial Yang Family Tai Chi tradition is carried on by Wei Shu Ren’s three daughters, and the youngest, Wei Xi Lan, still packs a wallop at 65, as you can see in the video below. Fung accompanied Abeyta and Paler, and several of their top students, to Beijing to train with Wei Xi Lan last year. Besides getting certified to teach the form, they had a good time:

Now back on their home turf, high in the mountains, Abeyta and Paler are working on building up their own internal power as they continue teaching. “Shifu Wei said it would take a few years of working on our skills before we can master this Tai Chi,” Abeyta said. “I expect we’ll be ready next year when we bring her to the United States to work with other students.”

For more fun articles like this visit Michael Byrnes Blog

Kung Fu Teen Scholarships
Annual Scholarship Give away Every Year the Tai Chi Association gives aw...
Celebration Get-Together
YOU ARE INVITED TO A"WELCOME BACK FROM CHINA, SHIFU MICHAEL" CELEBRATION GE...
Retrain Your Immune System with Tai Chi
When your immune system is strong, your health is good. When it breaks down...