While Healing Medical Qigong has been studied extensively in China for decades, even centuries,

it has only recently become a subject of more serious medical research and professional conferences by the medical community in the west. 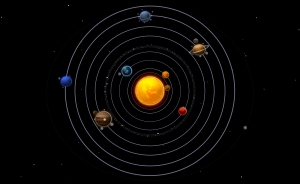 What are the benefits of Micro-Cosmic Orbit?

What is Micro-Cosmic Orbit?

Micro-Cosmic Orbit is one of the most natural and effective Energy “Qi” pattern trainings used in qigong.

The history of the Micro-Cosmic Orbit dates back to prehistoric times in China, and the underlying principles can be found in the I Ching which was written by the Emperor Fu Xi approximately five thousand years ago or at least two centuries before the time of the Yellow Emperor Huang Ti. Micro-Cosmic Orbit pertains to the flow of energy from the governing vessel to the conception vessel during meditation.

The philosophy behind the concept of Micro-Cosmic Orbit is to regulate the qi “bio-electricity” in the two main vessels of chinese medicine to assist the body’s 12 organ meridians, making energy abundant throughout the whole body.

In 1991 he began his study and practice of “Internal” Chinese Martial Arts,   as well as Qigong.

Master Paler has been practicing Dan Tian breathing and Microcosmic orbit since 1992.

Since 1999, he has been teaching this beautiful art he has dedicated his life to, to benefit others in the Colorado Springs community.

I don’t think it possible to add more than what has been written about Michael, his style of teaching, the unplumbed depth of his knowledge,and his great emotional intellligence. Michael can give everyone attending a class just what they are looking for on any particular day, so attuned is he to them and his art. I wonder if he reads minds. I have studied with a number of teachers since 1970, and finally here is someone who knows what he is talking about, and wants one to learn what he knows, and then teaches it! He is one of the handful of teachers I have met whom I consider the best, from my high school latin teacher, a college calculus teacher, and more. Where did this guy come from?  -Daniel
More testimonials about Michael Paler’s classes here: