Just some of the many health benefits of Tai Chi 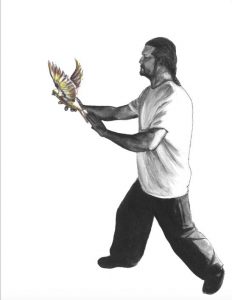 The health benefits of Tai Chi are currently being widely studied. The art has been associated with reduced stress, anxiety, depression, and enhanced mood, in both healthy people and those with chronic conditions.   In addition, Tai Chi has been shown to improve aerobic capacity, increase energy, and build muscle strength.

On, April 11, 2013 researchers from across Harvard Medical School came together to share the cutting edge research that is happening relating to Tai Chi. This special edition of the Osher Center for Integrative Medicine’s Research Seminar Series was held in honor of World Tai Chi day.

2.       Chronic heart failure – researchers at Harvard Medical School and the Beth Israel Deaconess Medical Center revealed in the journal Archives of Internal Medicine that patients with chronic heart failure experienced a better quality of life and mood if they regularly practice Tai Chi.

3.       Fibromyalgia – people living with fibromyalgia responded well to Tai Chi, according to a study published in the NEJM. They reported relief from joint pains as well as other symptoms.

4.       Diabetes –Tai Chi can improve blood gl ucose levels and immune system response in patients with type 2 diabetes, according to two studies published in the British Journal of Sports Medicine.

5.       Depression – a weekly tai chi exercise class with a standard depression treatment for a group of depressed elderly adults could be very effective at treating symptoms of depression, according to a study published in the American Journal of Geriatric Psychiatry.

6.    Arthritis – in the largest study to date of the Arthritis Foundation’s Tai Chi program, participants showed improvement in pain, fatigue, stiffness and sense of well-being, according to a study published in the University of North Carolina School of Medicine.  “Those who practiced Tai Chi experienced greater pain reduction, less depression and improvements in physical function and overall health.”  From a study on cutting the pain of knee arthritis, led by Dr. Chenchen Wang of Tufts Medical Center in Boston, reported at a meeting of the American College of Rheumatology in San Francisco, October 2008.

7.    Balance – Studies have shown Tai Chi to reduce falls in seniors by up to 45%,  Posted August 23, 2012, 9:00 am by Stephanie Watson, Executive Editor, Harvard Women’s Health Watch . “Older people taking part in a 15-week Tai Chi program reduced their risk of falling by 47.5%.”  Study conducted by Steven L/ Wolf, Ph.D., and colleagues at the Emory University School of Medicine, for the National Institute on Aging, 1990.

8.    Stress – Tai chi helps reduce stress and anxiety. And it also helps increase flexibility and balance.   By Mayo Clinic Staff.   “If you’re looking for another way to reduce stress, consider Tai Chi……… During Tai Chi you focus on movement and breathing. This combination creates a state of relaxation and calm. Stress, anxiety and tension should melt away as you focus on the present, and the effects may last well after you stop your Tai Chi session…”  Mayo Clinic Staff, Mayo Clinic, 11/14/09

Some of the above Information is Courtesy of Medical New Today  and other sources listed above.


Dr Oz loves Tai Chi, he explained on the very popular TV health show called the “Dr. OZ Show”, that the Chinese people developed Tai Chi for longevity, and that Tai Chi cultivates the energy to help the body to boost immunity and build balance, flexibility and strength.