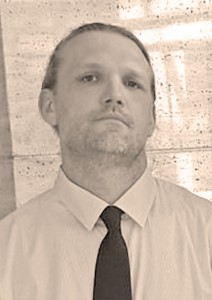 Sifu Michael Paler has over 32 years experience in Chinese Martial Arts with a focus on Tai Chi and various Qigongs.   He currently lives in Colorado where he teaches daily classes and workshops at the Tai Chi Association of Colorado Springs.  In addition to teaching daily classes, he also instructs Colorado College students who are a part of the Catamount Mountain Campus Program with emphasis on ecological stewardship through exploring the complex interactions between human and natural systems — using Tai Chi methodology.  Sifu Michael also acts as an Olympic Coach and teaches Tai Chi techniques to U.S. Figure Skating hopefuls at the U.S. Olympic Training site in Colorado Springs.

Michael is know to be a gentle and patient teacher and a kind and compassionate person.  Currently he spends all of his time and resources researching, studying, and teaching Imperial Yang Family Tai Chi in the Colorado Springs community as well as across North America.  Michael teaches Imperial Yang Family Tai Chi as it was taught to him by his Master Wei Xilan and his martial 師叔 Shishu Dr. John Fung, both disciple’s of Master Wei Shuren.  Sifu Michael Paler is also available for private lessons and workshops.

This structured system includes Jibengong (basic skill training); Kaimengong (gate opening methods), Forms, Tai Chi Neigong, and more — for both health and self-defense. The main emphasis is harmonizing Shen, Yi, and Qi to nourish the body and mind for developing a healthy vitality, as well as for learning a functional and effective self-defense system.

Since 1999, Shifu Michael has been teaching internal martial arts such as Tai Chi and Qigong in the Colorado Springs community. 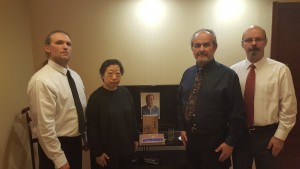 The single most important, but often neglected, aspect of modern Tai Chi practice is learning how to manipulate the Shen Yi Qi. Shen can be translated as “spirit” or your “true self.” Yi is “intent,” and has two parts: the true subconscious thought process expressed by your true self, and the ordinary conscious thought process that you are aware of. Qi is the life energy, mainly the result of our complex physiology, which still requires ongoing scientific research.

Tai Chi Quan works by bridging the gap between consciousness, the subconscious, and the physical body.

From a health aspect, the mind regulates the running of the body, listening to it, guiding it, and resolving any conflicts. The body obeys the commands from the mind.

From the combative aspect, the mind becomes fully aware of the capability of the body, commanding it while listening to it, and letting the body carry out tasks it is capable of.  This is of particular importance in real fights. Flowery and complex techniques Never work in real fights. One must rely on instinctive and natural functions of the well-trained mind and body.  This is what we aim for in the Imperial Yang Family Tai Chi System — not just empty movements, but the exact methods for utilizing Shen Yi Qi to unite the mind and body, in order to maximize function and harmony.